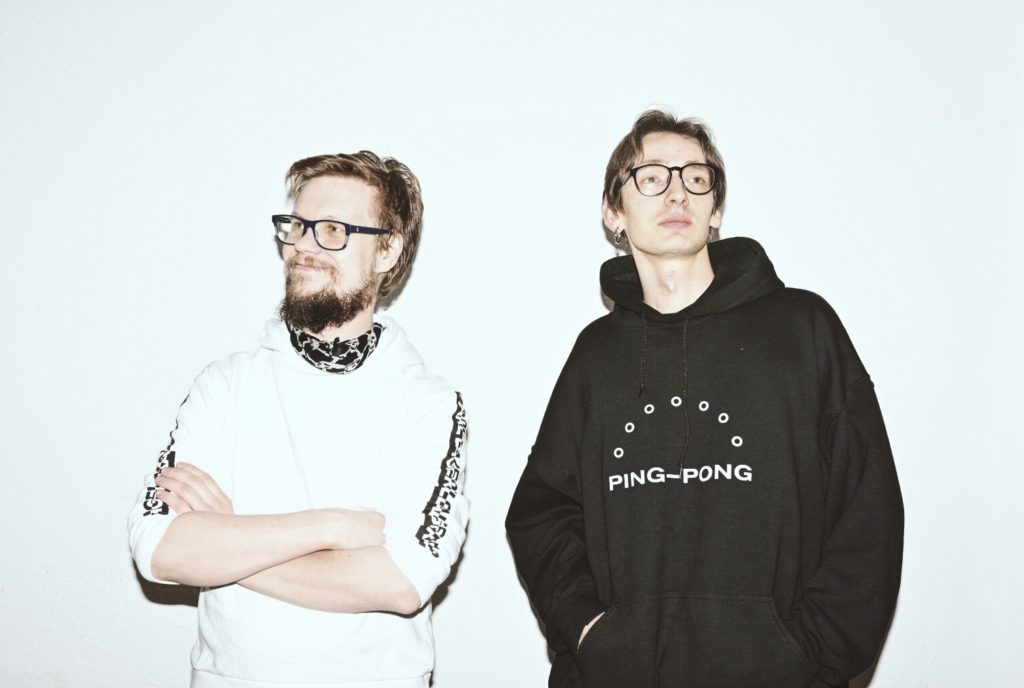 Design duo: Wiktor Frączek, video game developer, ex-programmer, and Wawrzyniec Wróblewski, currently a UI/UX designer, formerly an art conservator and painting graduate of the Warsaw Academy of Fine Arts. Specialists in product design and digital hearings. Apart from design they share a fascination with architecture, music and philosophy. They are founders and members of the designer-freelancers collective Kat On The Roof.

Last year you worked on the project “Art Polygon” (polish: Poligon Sztuki) funded by the program “Culture on the Web”. The result was an advanced and modern contemporary art gallery in 3D, resembling a game. I know that this is not the standard scope of your activity. What do you do on a daily basis?

Wiktor: Actually, this is a good question in terms of what we do professionally in our day jobs and what we create with Lorenzo after hours. We often did various projects together, recently even in a formalized company. We’ve done a lot of different things, so it’s hard to talk about a certain area of design that we don’t move in.

Wawrzyniec: The first projects that brought us together were games. Only later did we start working on more “pragmatic” projects – creating websites, online stores and so on. We also had plans for applications, and it just so happens that the Poligon gallery was a kind of application.

Wiktor: Yes, the gallery was actually a cross between an app and a game.

So you could say that you are a collective, but you work in different places every day?

Wiktor: We happened to do projects together for a while that we made a living from. Generally we both have, especially Wawrzyniec, a wide cross-section of things that we’ve done. In a way, that’s where our collaboration came from. We collide on many artistic levels.

Wawrzyniec: The multitude of experiences allowed us to build a two-person micro-team and to develop our activity – and even in this way to proceed with the realization of „Art Polygon”.

You have taken on the subject of designing this virtual gallery with great commitment. What in this project was appealing, interesting for you that you decided to do it?

Wiktor: First of all, at that time we wanted to do something that would be an application and not just another website, I was happy that it would be a project related to interactive realities, to games, which I am related to and which are – in my opinion – a synthesis of arts.

Wawrzyniec: From my side, the most interesting thing was the openness of the concept because we proceeded to brainstorm in a horizontal way and tried to create an interesting project from the very beginning that would meet the objectives. That’s what was appealing: the possibility to play with a totally open form, and at the same time – from my perspective, the person who visualized the space – it was just building it based on our collective concept.

Wiktor: I agree, we had the most fun designing architecture, and this is the area where we both move mainly as a hobby. Designing experience and perception is about answering certain problems, where the most important feature is an “open mind”. And architecture, like video games, is a very cross genre.

Wiktor: I am often accompanied during the design process by Vitruvius, who says in his introduction to “On architecture in ten books” that an architect is a person who has to know a little bit about everything in order to properly design the whole experience – be it a product or a building – so that it is useful, durable, and beautiful.

While we’re on the subject of design – what was the most challenging aspect of the Art Polygon from your point of view?

Wawrzyniec: It seems to me that the skillful adaptation of the space in such a way that it is both interesting, gives the viewer the possibility of free movement, and, on the other hand, is universal enough to be adapted to very different works, which – at that moment – were actually unknown to us. So we had to create a universal, functional space, which would also be visually attractive.

Wiktor: Yes, it was a challenge to make the space interesting in itself, but when the works of art are placed in it, it should not dominate them and not distract from the exhibition itself. The answer to this challenge was minimalism. Therefore, we applied here the famous maxim of the architects-modernists: “less is more”.

I understand that this project was a challenge, but also a lot of fun, a bit of novelty and a lot of research. If you were given a similar assignment again, would you do anything differently? Do you have any thoughts in this regard?

Wawrzyniec: We are always “greedy” for interesting projects (smile).

Wiktor: Outside our work we have a definite need for interesting projects that give us room for experimentation. We would definitely do something different.

Wawrzyniec: I think we could be tempted even more minimalistic approach to the space itself. Already during the brainstorming we were thinking about a totally abstract experience of space, some kind of agoraphobic opening of the form, which would be almost extrasensory. This is something that appeals to me in new media – an extension of our vision of what the world could look like.

Wiktor: I think we would put in even more time to do even less (laughs), which paradoxically is not so easy. reducing form while preserving content is a challenge.

Even more so if there are some design constraints due to some formal framework, such as those related to the potential audience.

Wawrzyniec: We couldn’t afford to do everything.

Wiktor: In any design, you have to consider the challenges and constraints. That’s what Wawrzyniec and I try to do when we design – speak to the problems and constraints that a given situation imposes. No two projects are the same.

The Arteria Foundation, together with an international partnership, is running a project called “VX Designers” to promote the use of exhibitions in education – do you think this is a good direction?

Wiktor: As part of our collective we have already been involved in education – we created a tutorial on creating computer games for students. Promoting education through an interactive experience such as creating computer games is somehow familiar to us. Creating exhibitions is a similar concept because it allows you to not only read, see, but also do, which is much more effective in terms of remembering information. I think this is the way we should go in education – touch, see, design, make.

Wawrzyniec: In my opinion there is a huge under-utilization of technology for educational purposes in Poland. In combination with non-standard solutions, such as virtual exhibitions, these are very interesting proposals to implement. I see two ways of managing such a project – a platform. It’s certainly difficult to decide whether to leave the creative freedom to the young generation, who will get access to technology, or to make the technology available, but to help them conduct their activities in such a way that they learn how to communicate in order to be understood. It seems to me that the curatorial option would be advisable in this situation. The young generation has potential, but there is always the problem of how to communicate it.

Do you have any advice that you would give to the person who will be designing this type of platform as part of the VX Designers project mentioned above?

Wiktor: My advice would be that this person should answer the standard design questions well: “what roles will users play using the platform, who will be that user in the given roles”. In general I agree with Lorenzo that there is a lack of learning how to use these tools in the context of creating a certain narrative, conveying content. Personally, I think I would look for a way for such a platform to become a link between more and less experienced users.  In addition to exhibiting their work, students should have a place to learn to be curators, or “narrative directors.” It used to be that one of the most prized “liberal arts” was the art of rhetoric; how to convey what you have in your head to another person in such a way that they understand it the way we want them to.

…and the exhibition is an excuse to convey that content and skill.

Wiktor: In a way yes, but I would rather say that it is a medium, a tool to convey thoughts. At the same time a pretext, a hook, but also a tool.

It seems to me that in this educational context, it won’t be the exhibition in itself that will be most important, but all the things you can learn by creating it, all the soft skills.

Wiktor: Actually, developing soft skills is very important, and in education very little attention is paid to it. In my opinion, however, it is also important just to create an opportunity to express one’s thoughts through art in a space where it will be taken more “seriously”.

Wawrzyniec: On the other hand, I think about a completely different aspect of such a “mission”, which should be fulfilled by education in a dynamically changing society, mastered by new technologies: namely – we will be forced to cultivate our humanity, among other things, by creating cultural goods. Cultural activity will be of much greater value in the future than it is today. Education on the level of exposure, self-expression through artistic media will be a value in itself, which education in every possible way should nurture in order to give us a dignified existence in a world dominated by machines and artificial intelligences.

Wiktor: Education should teach us to learn new things and respond to change. And the role of culture is to explore paths not yet discovered by anyone; to anticipate certain things that have not yet happened and to show us what can happen so that we can think about them in time.

Thank you very much for the interview! 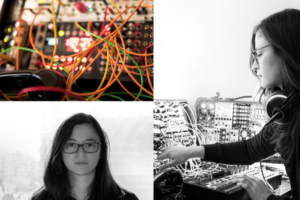 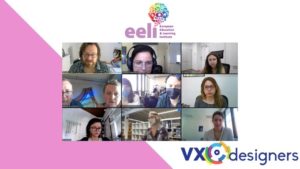 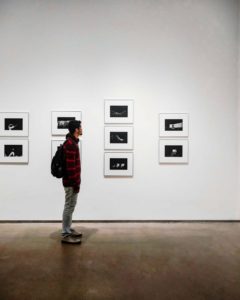 And only mice and I see all this! – a few words about the history of collecting and exhibition things Anna Ochmann

We use cookies on our website to give you the most relevant experience by remembering your preferences and repeat visits. By clicking “Accept All”, you consent to the use of ALL the cookies. However, you may visit "Cookie Settings" to provide a controlled consent.
Cookie SettingsAccept All
Manage consent

This website uses cookies to improve your experience while you navigate through the website. Out of these, the cookies that are categorized as necessary are stored on your browser as they are essential for the working of basic functionalities of the website. We also use third-party cookies that help us analyze and understand how you use this website. These cookies will be stored in your browser only with your consent. You also have the option to opt-out of these cookies. But opting out of some of these cookies may affect your browsing experience.
Necessary Always Enabled
Necessary cookies are absolutely essential for the website to function properly. This category only includes cookies that ensures basic functionalities and security features of the website. These cookies do not store any personal information.
Non-necessary
Any cookies that may not be particularly necessary for the website to function and is used specifically to collect user personal data via analytics, ads, other embedded contents are termed as non-necessary cookies. It is mandatory to procure user consent prior to running these cookies on your website.
SAVE & ACCEPT